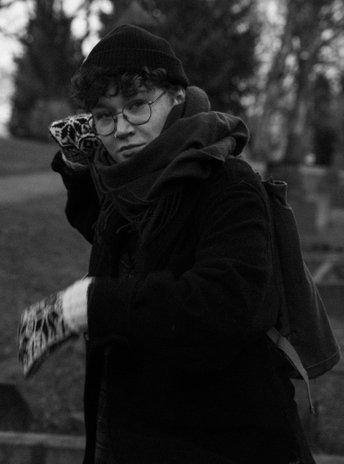 IM Røine (Ingrid Marie Røine) is a norwegian writer and director based in Oslo, Norway.

She started pursuing the filmindustry when she was 16, and had pretty early worked on big commercials and featurefilms.

She started her BFA in directing at The Norwegian Acting Institute in the fall of 2016, and finished her degree in the spring of 2019.

The BFA focuses on directing actors and method acting, which is why she wanted to attend the school, because this is one of the central focuses in her work - to connect and create true performances with the actors.